The following is a guest contribution. Reuters is not responsible for the content and the views expressed are the authors’ alone. Miroslav Volf is director of the Yale Center for Faith and Culture and a theology professor at Yale Divinity School, where he co-teaches a course on faith and globalization with former British Prime Minister Tony Blair. A native of Croatia and member of the Episcopal Church in the U.S.A., he has been involved in international ecumenical and interfaith dialogues, most recently in Christian-Muslim dialogue.

I am tempted to say that in Cairo President Obama delivered an historic speech on relations between “the United States and Muslims around the world.” Speeches aren’t historic when they are delivered, however; they become historic after they’ve shaped history. What is certain even now, mere few hours after the speech, is that it was brilliant — visionary and practical, deeply human and political, moral and pragmatic, all at the same time. These wise words, beautifully crafted and compellingly delivered, have the potential of becoming seeds from which a new future will sprout and flourish.

The perspective that pervades the whole speech was signaled when the President recognized his own Christian faith, while at the same time noting that his father came from a family that includes generations of Muslims. Thus, in his own biography, the President embodies what his speech was ultimately about: relations between the United States and Muslims around the world should not be defined simply by “our differences” but by “overlaps” and “common principles” as well. This point is crucial. In encounter with others, if we see only differences, the result is exclusion; if we see only commonalities, the result is distortion. Only when we see both-undeniable differences that give others a peculiar character and commonalities that bind us together-are we able to honor both others and ourselves.

Especially since September 11th, many in the West deny that there are commonalities between Christianity and Islam or between Western Judeo-Christian and Islamic civilizations. They see only differences, envisioning the West as bathed in soft welcoming light and Islam enveloped in forbidding darkness.

It is then no surprise that they speak of clashes: Yahweh vs. Allah, reason vs. violence, human rights vs. tyranny, religious freedom vs. persecution. Now, the differences are undeniable, and we can certainly point to cases in which they take the form of immoral practices. Yet a denial of commonalities is born out of fear, and rests not on truth but on distortion. And with distortions it is as with violence: as the President said, engaging in them is “not how moral authority is claimed, [but] how it is surrendered.” While we must honor differences and decry abuses of rights when they occur; in order to be truthful, we must affirm commonalities and, where appropriate, praise the virtues of others.

Martin Luther — not the Martin Luther King of the “beloved community,” but the fierce and uncompromising Protestant reformer from the sixteenth century — was well known for his unsparingly dysphemistic language. Muslim Turks, and not just Catholics, Jews, and Anabaptists, were often his target. Yet he praised not only the obvious intellectual and cultural achievements of the Muslim world, but also its moral virtues. Even as the armies of the mighty Suleiman the Magnificent were laying siege to Vienna, Luther wrote that, as far as “good customs and good works” were concerned, “the Turks are far superior to our Christians.” It took courage and honesty to state the truth.

What we need in relations between Muslims and Christians today more than ever is the courage be truthful — about positive as well as negative things. Early on in the speech, the President committed himself to speaking the truth as best he could. At least one prominent Muslim wrote to me saying that the President succeeded — his speech was “fair.” But truth was not the only concern of the President. He ended the speech with the call that we follow the Golden Rule — “that we do unto others as we would have them do unto us.” That rule itself is an expression of care for others, of benevolence and beneficence toward them. Truth is an indispensable foundation upon which the bridge between estranged people can be built. But truth is not yet that bridge. To build the bridge, you need to seek actively the good of others as you would want them actively to seek your own good. 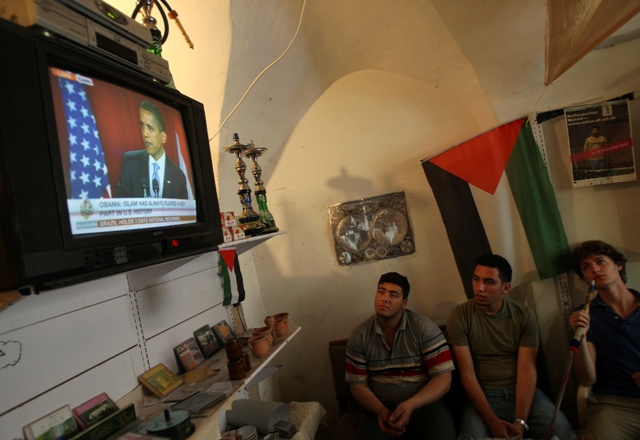 The “Common Word” initiative, which originated in Jordan under leadership of HRH Prince Ghazi bin Muhammad bin Talal, has at its core the affirmation that the love of God and neighbor is not only central for both Christianity and Islam, but that the joint affirmation of this commonality is the key to peace between Muslims and Christians. It is a bit unfortunate that the President did not mention this initiative in his speech, especially since he made reference to Saudi Arabian King Abdullah’s “Interfaith Dialogue” and Turkey’s leadership in the “Alliance of Civilizations.” For the thrust of the final remarks in his own speech read like an echo of the “Common Word” — an initiative which is very much in tune with deep religious sensibilities of both Muslims and Christians, and which recognizes differences while centering on commonalities.

Both the “Common Word” initiative and President Obama’s speech have much to offer a world seeking religious reconciliation and peace. For people of different faiths to repair their relations and to live in peace, it takes “love” for the neighbor and “doing to others as we would have them do unto us,” not just pursuing our own interests. With this in mind, I would suggest a threefold agenda for improving relations between Muslims and Christians in the coming years:

(1) offer compelling arguments for and disseminate widely the idea that, notwithstanding the undeniable differences, there are significant overlaps in theological and moral convictions of Muslims and Christians;

(2) show that one of these significant overlaps is that both these faiths, properly understood, teach their adherents to love their neighbors of whatever faith these neighbors may be;

(3) promote joint engagement in service, so that the love of neighbor may find concrete expression.

These agenda items do not, of course, address directly any of the practical problems which the President named in his speech and which bedevil relations between the United States and Muslims around the world-extremist violence, war in Iraq, Israeli-Palestinian relations, or equality of women, to name only a few. But progress on these items would create a solid platform on which workable solutions could be found. 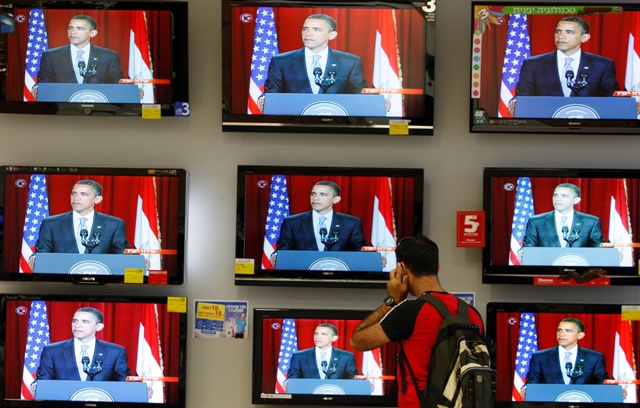