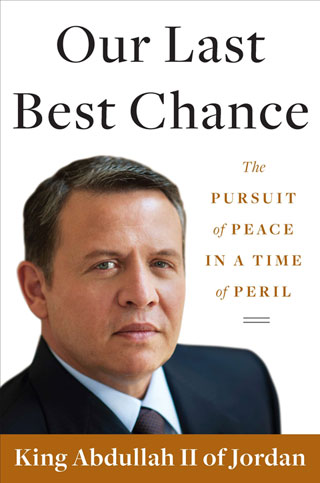 “Then, on September 12, 2006, in an academic lecture at the University of Regensburg in Germany, Pope Benedict XVI cited the negative comments of a fourteenth-century Byzantine emperor on Islam and sparked a major global controversy. Soon afterward the Vatican expressed regrets, and Pope Benedict himself met with ambassadors of Muslim countries in order to patch things up. But the situation was tense, so I asked my cousin Prince Ghazi to do what he could to defuse tensions globally.

One month later, on October 13, 2006, Prince Ghazi and thirty- seven other major Muslim figures from around the world wrote an “open letter to the Pope,” politely pointing out some mistakes in his Regensburg lecture and calling for more interfaith understanding and dialogue. This open letter did not get very far, so exactly one year later, on October 13, 2007, they wrote another open letter, entitled “A Common Word Between Us and You,” issued in the name of 138 major Islamic scholars, in order to show that Muslims still wanted dialogue. Proposing that Islam and Christianity, despite many irresolvable differences, nevertheless share in common two golden commandments—love of God and love of neighbor—“A Common Word” became the most successful Muslim-Christian interfaith initiative of our time. Emerging from it, in November 2008, was the first meeting of the Catholic-Muslim Forum, held in the Vatican under the auspices of Pope Benedict XVI. The second will be held in Jordan, God willing, at the Baptism Site, in 2011.”